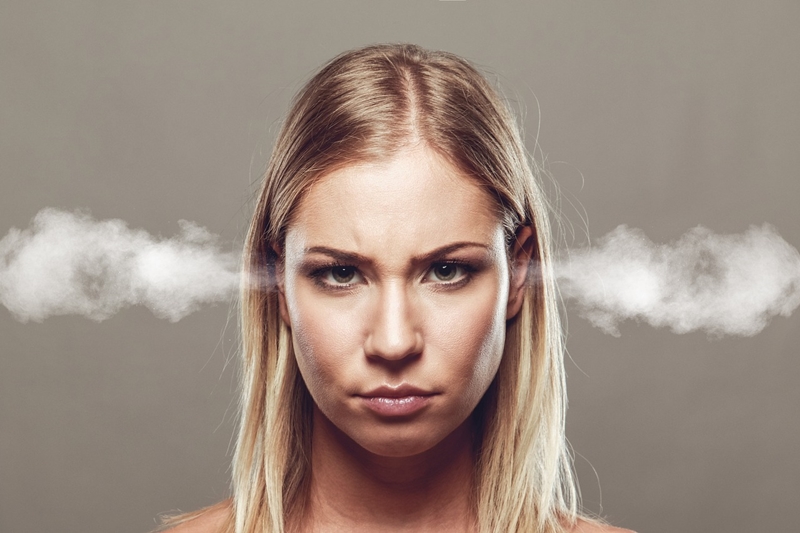 Would you rather listen to this article? Use the player below or download on iTunes.


Being consumed with guilt after overindulging, and then making extra restrictions with food for the next two days.

Feeling like you didn’t work hard enough in your workout because you were unable to improve your performance, so you squeeze in an extra workout to “make up” for it.

Feeling discouraged when the scale doesn’t budge for a week straight, so you add extra cardio to your weekly routine, and make food restrictions.

What do all of these scenarios have in common?

You’ve done it. I’ve done it. Damn near every woman has done it — responded to a day of less than ideal eating and drinking choices, or a lackluster workout, with guilt or frustration. Then we make an emotionally-fueled response to those events.

“What’s wrong with having an emotional response to such situations?” you may be wondering. Well, to be blunt — a lot.

Let’s explore a real-life example of what can happen when a “bad” food choice or missed workout or stagnant scale weight is treated with an emotional response.

The Problem With Responding Emotionally

A trainee made great changes to her eating habits a few weeks ago. She decided it was time to start eating mostly real, minimally processed foods. In order to get even better results, she vowed to not simply eat mostly real foods, she was going to eat nothing but real foods. After all, if eating real food most of the time (and enjoying not-super-healthy foods occasionally and in moderate amounts) was good, then eating them exclusively was much better. (For sake of the example, we’ll call this eating “clean.”)

She managed to turn down “dirty” foods for a few weeks, and was proud of her discipline and willpower. But then, she just couldn’t take it anymore. She was craving the Girl Scout cookies, a self-professed guilty-pleasure food, that had been in the pantry for weeks, so she decided to have a few. After eating a few she rationalized, “Well, I screwed up and ate something ‘dirty,’ so what does it matter if I eat more?”

And eat more she did. She devoured the whole sleeve of delectable cookie-goodness.

Immediately she was stricken with guilt. “I was doing so well. How can I make up for this slip-up?” was her response. Her choice for an appropriate course of action was to make tomorrow’s workout tougher, and longer. And eat less tomorrow, too, to compound the damage control efforts.

You can, hopefully, see the problem; but it doesn’t stop there. This emotion-based response will soon become habit — anytime she “slips-up” or doesn’t have a good workout, her proceeding actions will be determined by emotion, not objectivity.

These emotion-based responses accumulate over time and could lead to obsessive eating habits, binge eating, and basically revolving your life around food and the gym. I know, because I’ve experienced it. Revolving your life around food, the gym, and chasing a specific body image causes the ugly side of health and fitness to rear its grotesque head. But this can be prevented if we remove emotion from how we view our eating choices, our workouts, and things like the number on the bathroom scale.

Let’s replay that scenario, but instead respond objectively, with no emotional component.

The Power of Responding Objectively

Our trainee decides to start eating mostly real, minimally processed foods. She ruins something good by taking it to an extreme when she vows to eat “clean” exclusively. After a few weeks her willpower vanishes and she puts down a whole sleeve of Girl Scout cookies. Rather than getting upset she stops, looks at what happened, and figures out why it occurred.

Here’s what she discovers:

Our trainee objectively observed the scenario, what caused it to happen, and chose a simple solution going forward to prevent it from happening again. No guilt, shame, remorse, or frustration required.

Better yet, when she faces another challenge, she’ll be equipped to handle it with the same positive attitude. For example, if she hops on the bathroom scale and it reveals a two-pound increase, she won’t respond with an emotion-fueled attitude: “What the hell, I gained two pounds! Now I’m going to do an extra workout and eat less today. I must get this off as quickly as possible.”

Instead, she’ll be objective: “So I gained two pounds. It makes sense because I have skipped several strength training sessions this month and my eating habits haven’t been great. Instead of packing a lunch for work I’ve been getting fast food multiple times per week. I’ll start packing my lunch again and keep the kitchen at home stocked with minimally processed foods I enjoy, and I’ll take a protein-rich snack to work so I have energy to go to the gym after. I’ll get back into the habits that make me feel great, and I know I’ll be moving in the right direction.”

How you eat, how you work out, and the number on the scale shouldn’t have the power to affect your mood for the day. When things don’t go as planned or you get off track, don’t respond to the situation emotionally. Choose instead to do something that can help you in the short- and long-term — be objective.

Additional Articles for You:

Like what you read? Never miss a thing. Sign up below to receive the newsletter and you’ll receive the Beautiful Badass Mini Course as a gift.