How the health and fitness industry is causing harm by attaching morality-based judgments to food and fitness. 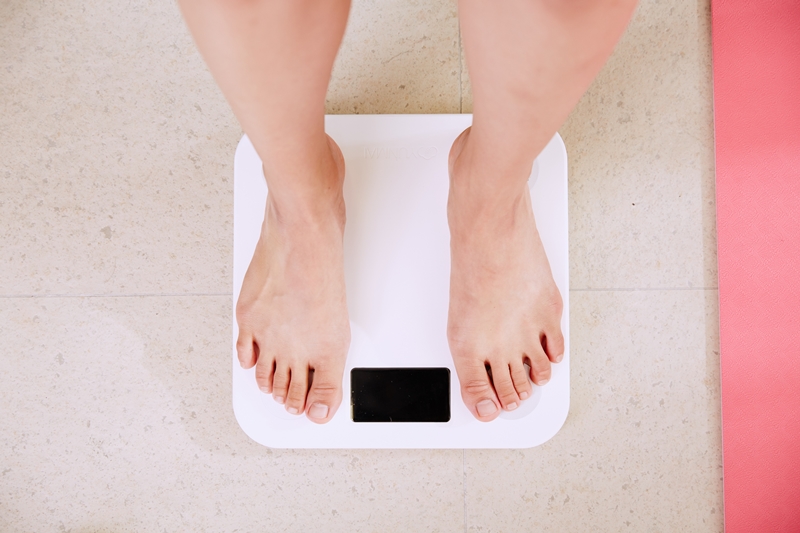 Would you prefer to listen to the article? Use the player below, download it, or use iTunes.

An unfortunate union has formed: Health and fitness has entwined with morality.

This couple has forged a bond that’s challenging to break.

What does “health and fitness entwined with morality” even mean? you may be wondering. This is best explained with an example:

I ate way too much last night and had dessert. I was bad; I screwed up and will have to work out even harder tomorrow or greatly restrict my calories to make up for it.

The judgment rendered is that the person was “bad” because of their food choices. They must punish themselves with a grueling workout or restrict food intake for the next day or two, to atone for the self-proclaimed overeating transgression.

Have you ever done something similar?

At first glance this may appear harmless, no big deal. But making food and fitness a moral endeavor can lead to unexpected consequences: obsessive eating habits, negative body image, and instead of being a complementary lifestyle that improves your health and helps you live your best life it be a source of frustration and anxiety.

We’ve become reactive with morality-laced responses to these situations that we may not realize we’re doing it. The I-am-bad reactions have become reflexes; we don’t respond with deliberate, thoughtful choices.

The joining of food and fitness with morality has become an entangled mess that may take ample patience to unravel. It’s a worthy pursuit that can reduce stress and frustration when it comes to food and fitness, and it can make the lifestyle more enjoyable.

If emotion-fueled reactions are problematic what, then, is an appropriate and helpful response to situations described above? Let’s bring this to life with a comparison. Person A and Person B have the same experience. Both devour a few handfuls of their favorite cookie and exclaim, “I ate more cookies than I meant to!” Here’s how each responds next:

Person A: Instantly feels guilty, says she was “bad” for eating so many cookies. Anxiously considers how to undo the perceived damage but then out of frustration makes less-than-ideal food choices the remainder of the weekend and vows to “start fresh” on Monday.

Person B: Immediately shrugs off the cookie-eating event without a second thought and moves on with their life.

Two days later both individuals repeat the exact same experience and comment, “I ate more cookies than I meant too again!” Here’s how they respond:

Person A: Mentally berates herself and proclaims to be a total failure. To regain control, she contemplates going on a rigid diet that excludes, and vilifies, entire foods or food groups and pledges to avoid all “bad” foods.

Person B: Responds to the event saying, “Okay, I need to take action before this becomes a habit,” and creates a plan. She plans to first keep the cookies out of the house for a while to remove the temptation and will later reintroduce them and divide them into single-sized servings, thus not having to rely on willpower to stop eating directly from the container.

You likely were able to identify with one person’s responses in the above examples. Now let’s look at what those responses meant.

Person A: The responses were largely reactive and emotional and concluded with “I’m bad” and “I screwed up” moral judgments. She hyper-focused on the single event and viewed it as catastrophic. The short-sighted viewpoint caused panic which led to considering an extreme response like a very restrictive diet as necessary atonement.

Person B: The responses were judgment and emotion free; she tried to be as objective and rational as she could. This person zoomed out and saw the big picture — this was a single, small event in the context of the entirety of their diet. Individual overeating events like this one are a drop added to a full bucket of water. Because they examined the event objectively, they devised a plan to prevent the same thing happening again.

The reactions to the same event:

To be certain, it’s not possible to respond to situations, or make choices, that are entirely objective and rational. We’re not robots simply executing commands; we all have a history that affects how we see and respond to events. What we can do, however, is progressively tip the scales in the favor of objectivity and rationality over subjectivity and raw emotion.

Clean Up the Mess: What to Do Next

How can we replace emotionally-driven reactions with rational responses to instances of overeating, missed workouts, etcetera?

Most importantly, don’t follow diets that vilify specific foods or food groups and revolve around rampant obsession, avoidance, and deprivation. Those diets only promote and strengthen the morality-response relationship between us and food. And always remember, exercise is not punishment. It must be an enjoyable, sustainable activity that makes you feel great about yourself while improving your life.

Awareness — Identify the most common situations where you made moral-based judgments. (After overindulging, stepping on the scale, skipping the gym.) Prepare yourself to be on the lookout for these events.

Do something about it — It happened. And now it’s over. What will you do next? Maybe you just need to get back to your regular habits. Maybe you need to identify new habits that need to be forged.

Review — Hours after one of these events, review them. What did you do well, and how can you replicate those actions? What could you have done better? Use the information to prepare you for next time.

We gain much needed clarity when we slow down and think, and not simply react. See what is happening; don’t be blinded by what you’re feeling in the moment. This isn’t easy to do and will require diligence and deliberate awareness and practice, but abolishing morality from our food and fitness choices is a worthwhile pursuit that will provide myriad benefits.

What to Read Next:

While you’re here, join the newsletter. You’ll get insider-only information and exclusive deals not available anywhere else.