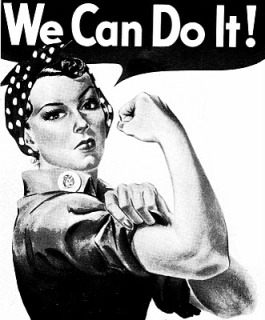 I was once told that my Lift Like a Girl t-shirt was degrading. That the whole lift like a girl manifesto was degrading to women.

I took the statement for the ignorant comment it was, laughed it off, and simply went about my day.

But later on I couldn’t help but think about the messages that are still, unfortunately, being spread in the world of women’s fitness. The ideas, statements, and philosophies that are degrading.

All of that is degrading.

The people and messages that tell women “not to lift too heavy” not only degrades us, but what does it say to the generations of young women who look to us for guidance?

I don’t have children but I like knowing some younger women in my life see that I am strong and that I focus on, and am proud of, what my body can DO — not just how it looks.

How You Can Change the Game

So, these people can keep on telling women to lift no more than five or ten pound pounds, but we (you!) will keep on lifting like a girl by pushing, pulling, and moving our bodyweight and hoisting barbells and dumbbells because we’re stronger than people think.

In the process we’ll not only build bodies we can be proud of, but we’ll blaze the path with confidence, optimism, and strength and constantly discover what we’re capable of doing and achieving.

We’ll continue to become stronger, more awesome versions of ourselves.

We (you!) will show everyone what it really means to Lift Like a Girl, and that doing so is empowering, and awesome.

So keep on getting stronger.

Keep on changing the game.

Recommended reading – When “Health and Fitness” Isn’t Really Healthy, and What to Do About it