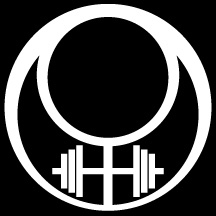 She sat silently in the locker room with her elbows resting on her knees. The fragrance of lavender soap filled her nostrils as she took a deep breath and sighed. It had been one hell of a day at work; she had to show up an hour early and stay an hour late. Instead of a 30 minute lunch break, she only got ten.

“Where am I going to get the energy in the next five minutes to squat,” she wondered as she mustered up the strength to get off the bench.

On her way to the back of the gym she passed by the dozens of people plodding along on the treadmills and elliptical machines. Almost every single piece of cardio equipment was occupied.

She passed by the circuit machines and arrived at the sole power rack in the gym, tucked away in the back corner.

Even though there were dozens of people on the cardio equipment and a few bouncing from machine to machine, she was alone back here. It was just her and the barbell.

After going through her normal mobility and glute activation routine, she began her warm-up; squatting just the bar at first. She still felt tired so she squatted the bar for a couple more sets to get her blood flowing and to get her mind focused on the task at hand.

Finally she was starting to feel alive again. Her form was perfect, her reps were smooth. “Now I’m feeling better,” she uttered as the ducked out from underneath the bar.

She threw more weight on the bar and progressed with her warm-ups.

She knew what she had to do today.

She had to squat 155 pounds for six reps. Last week she had squatted 155 for five reps, and she needed to do better than last time.

She completed her final warm-up set and loaded the bar to 155 pounds. As she stood silently in the power rack, she closed her eyes and visualized the upcoming set. “One rep at a time,” she thought. She envisioned squeezing her upper back, pushing her chest out, filling her belly with air, squatting down and pushing her knees out, and then driving back up once she hit the proper depth.

One rep. Two reps. Three reps. She performed all six reps in her mind, and each one was perfect.

Opening her eyes, she fixed her gaze on the loaded bar. Grabbing the iron she proceeded to duck underneath it, squeeze her shoulder blades back and down, squat the bar out of the rack, take a step back, get her feet in position, take a belly full of air, and squat.

She focused on one rep at a time, making sure each one was perfect; rep after rep, until she had reached her goal of six. After the final rep, she racked the bar, stepped back, and recorded the accomplishment in her training journey.

She was feeling amazing now. Even though she had a long, rough day at work, she still managed to set a personal record. She was ready to tackle the rest of her training session.

She proceeded to do lunges, glute bridges, and hanging leg raises. After her final set she headed back to the locker room to get her things, beaming with confidence and pride from what she had just done in the weight room.

As she made her way out of the gym, pondering on what she had just accomplished, a lady tapped her on the shoulder. “Excuse me, but I just wanted to ask what you do for your legs and butt. They look so amazing!”

Our Beautiful Badass smiled as she thought about the workout she had just completed and responded, “For the most part I squat and deadlift, but I also do reverse lunges and weighted glute bridges, among a couple other things.”

“Oh. Well, what about cardio? I usually come in three times per week and spend 45 minutes on the elliptical. I haven’t really noticed any changes so I’m going to do it for 60 minutes from now on.”

“Well, I don’t do any cardio other than maybe a few brisk walks each week, and sometimes I’ll run hill sprints. I put the majority of my focus and energy on lifting weights.”

“You don’t do a lot of cardio? Then how do you lose weight? Aren’t you worried about getting big and bulky with all of that weight lifting?”

“No. I’ve been doing it for years and apparently you like what it does too since you asked me why my butt and legs look so great.”

“Well, I heard that squats are bad for your knees, and I’ve done them before but they’re just too hard. Thanks anyway. Have a good day.”

The Beautiful Badass made her way to the car as she watched the cardio queen mount an elliptical machine and open a magazine.